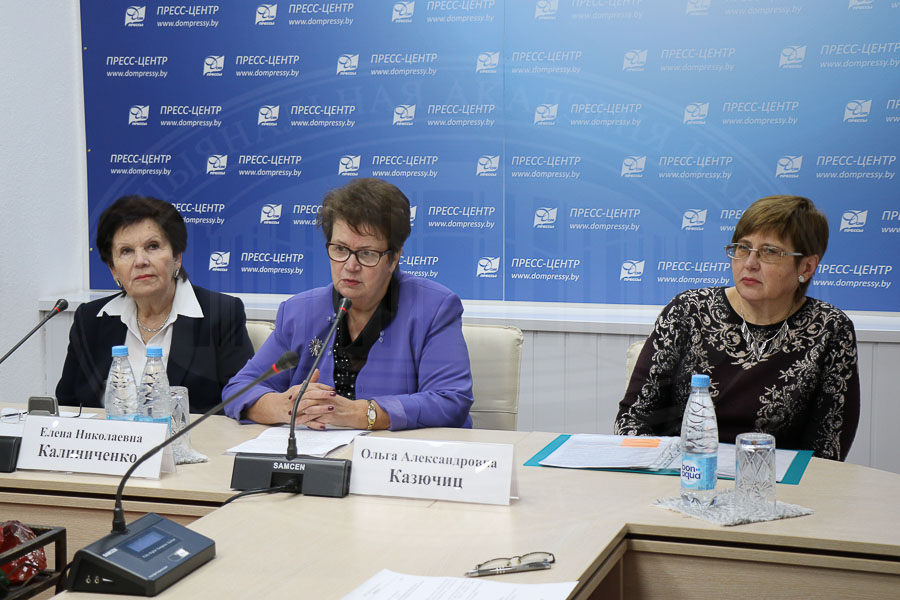 On 18 December 2018, a press conference on scientific support of the pharmaceutical industry and new achievements of the Academy’s scientists was held at the Press Center of the Press House. The event was attended by Elena Kalinichenko, Deputy Director for Research and Innovation of the NASB Institute of Bioorganic Chemistry, Head of the ChemPharmSynthesis Research and Production Center, Corresponding Member of the NAS of Belarus; Zoya Kuvaeva, Head of the Department of Medicinal Substances of the NASB Institute of Physical and Organic Chemistry, Doctor of Chemistry, Professor, Scientific Director of the Amino Acids Center; and Olga Kazyuchits, Deputy Director for Research of the Akadempharm Republican Manufacturing Unitary Enterprise.

Elena Kalinichenko told the journalists that the NASB Institute of Bioorganic Chemistry registered the first original drug Leykovir for treatment of patients suffering from multiple sclerosis. She explained that the disease, when progressing, led to complete disability of a person, and the drug could stop the process of destruction of certain areas, inflamed in the brain.

Olga Kazyuchits reported that the Akadempharm completed the year worthily. In 2018, the company will let out products worth Br21 million.

Zoya Kuvaeva informed the media about the work of the NASB Institute of Physical and Organic Chemistry on the development of new drugs based on the compositions of amino acids and their derivatives.

The participants of the press event answered the journalists' questions.