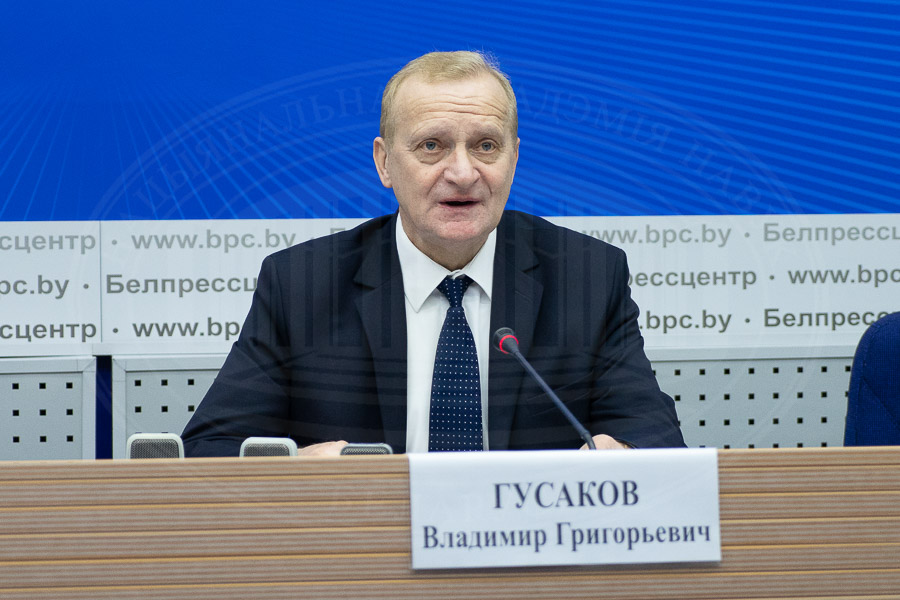 Vladimir Gusakov told journalists about Belarusian research priority (aerospace, biotechnology, nanomaterials, mechanical engineering, electric transport, Antarctic research, pharmaceuticals), the cooperation of scientists with leading industrial organizations of the country, and the overall dynamics of the largest research center of the Republic of Belarus.

Andrey Ivanets spoke about the most important works of young scientists of the NAS of Belarus: the development of smart materials (smart membranes), carriers for medicines and other developments in chemistry, biology, environmental management, and functional food. Besides, he told about educational and scientific projects of the Council of Young Scientists.