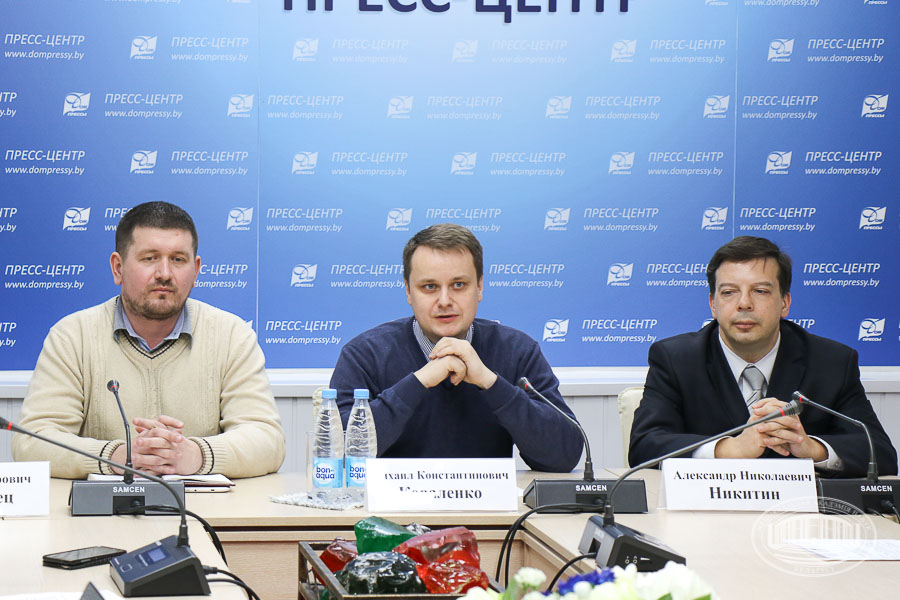 On 18 March, a press conference on the system of radiation control and environmental monitoring in Belarus was held at the Press Center of the Press House.

Alexander Nikitin spoke about the activities of the laboratory of radioecology. The laboratory is focused on studying the behavior of natural and man-made radionuclides in natural complexes of Belarus. Researchers work on the analysis of migration and transition through food chains of Chernobyl-derived radionuclides, their accumulation in plants and animals on the territory of the Polesye State Radiation and Ecological Reserve and the formation of radiation doses to living organisms. In addition, they develop new methods for assessing doses to plants and animals, software tools for processing radiation measurements and solving radiation safety problems. Currently, the laboratory started to work on the analysis of possible changes in the behavior of radionuclides and heavy metals in the soil-plants system in the changing weather and climatic conditions in Belarus.

Alexander Nikitin also said that the laboratory of radioecology works under the state program of scientific research "Nature Management and Ecology", the State Program for Overcoming the Consequences of the Chernobyl Disaster, national grants, and contracts with foreign partners. Moreover, the laboratory of radioecology actively cooperates with Japanese colleagues in of improving the efficiency of rehabilitation of agricultural land contaminated with radionuclides.