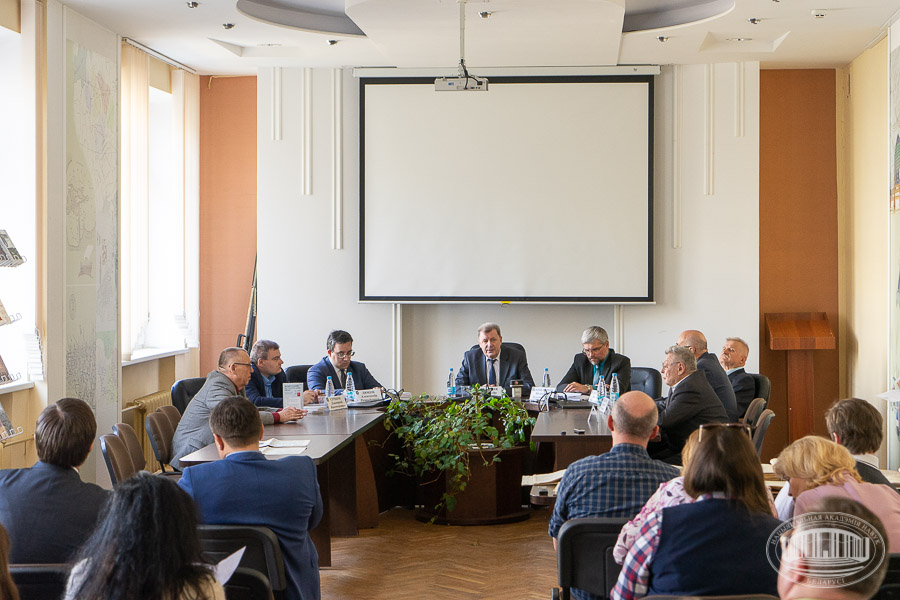 In his speech, Alexander Kovalenya emphasized the relevance of the theme of the Great Patriotic War for the Belarusian people and the role of Belarusian historians in perpetuating the memory of the events of those years. The Academician-Secretary also spoke about the cooperation of Belarusian scientists with foreign colleagues and mentioned the preparation of a textbook for Russian and Belarusian teachers to bring together views on the events of the military history of World War II.

Alexander Litvin, head of the Military History Department at the Institute of History of the National Academy of Sciences of Belarus, spoke about the preparation of scientific conferences dedicated to the 75th anniversary of the liberation of the Republic of Belarus, as well as about new editions of the Institute devoted to this issue. In particular, they presented a new book “Who can, tell the family... Secrets of the prison cells of occupied Gomel (1941-1943)” devoted to the search for evidence of the fate of prisoners of the Nazi prison in Gomel, who left inscriptions on the walls of prison cells.

Alexander Dyukov, Director of the Historical Memory Foundation, spoke about the Fund's support to the Belarusian side in publishing works, as well as about a scientific journal “Belarusian Historical Review”, that is a new joint project of the Institute of Russian History of the Russian Academy of Sciences and the Institute of History of the NAS of Belarus. The journal is primarily supposed to publish reviews of works on the history of Belarus.

Dmitry Surzhik, Executive Secretary of the Russian-Belarusian Association of Historians "Union Initiative of Memory and Consent", announced the second international school of young historians "Burnt villages: Khatyn and its sisters", which will be held on 7-13 October 2019. The winners of the essay contest will be able to take part in the school. More information about the competition you can find on the event page.